The Perfect Balance between Price and Performance

The Making of Macintosh (Part 2) 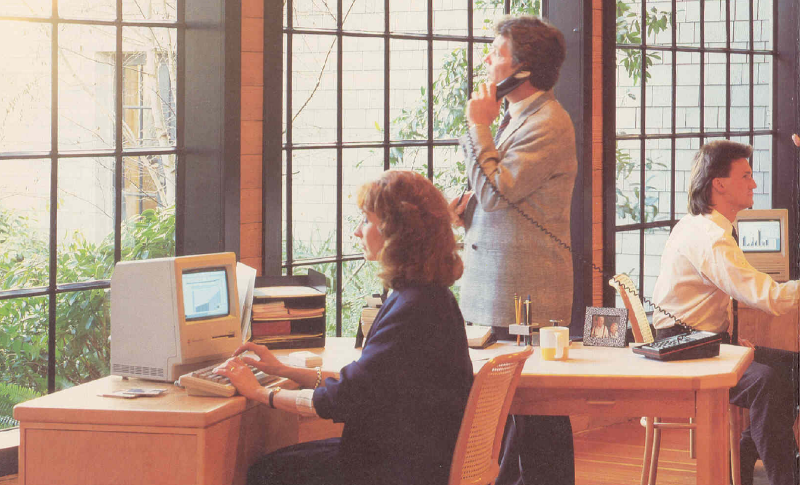 Every feature of the Mac required a trade-off between price and performance.

By September 27, 1979, a preliminary cost investigation revealed that Raskin’s proposed Macintosh by no means could sell for the initial target price of $500. A more realistic figure was $1500 for a fully loaded Mac. On October 2, Jobs told Raskin: “Don’t worry about price, just specify the computer’s abilities”. Raskin replied with a sarcastic memo specifying:

« A small, lightweight computer with an excellent, typewriter style keyboard. It is accompanied by a 96 character by 66 line display that has almost no depth, and a letter-quality printer that also doesn0t weigh much, and takes ordinary paper and produces text at one page per second (not so fast that you can’t catch them as they come out). The printer can also produce any graphics the screen can show (with at least 1000 by 1200 points of resolution). In color.

The printer should weigh only a fraction of a pound, and never need ribbon or mechanical adjustment. It should print in any font. There is about 200K bytes of main storage besides screen memory and a miniature, pocketable, storage element that holds a megabyte and costs $.50 in unit quantity.

When you buy the computer, you get a free unlimited access to the ARPAnet, the various timesharing services, and other informational, computer accessible data bases. Besides, an unexcelled collection of application programs, the software includes BASIC, Pascal, LISP, FORTRAN, APL, PL\1, COBOL, and an emulator for every processor since the IBM 650.

Let’s include speech synthesis and recognition, with a vocabulary of 34,000 words. It can also synthesize music, even simulate Caruso singing with the Mormon Tabernacle Choir, with variable reverberation.

Conclusion: starting with the abilities is nonsense. We must start both with a price goal, and a set of abilities, and keep an eye on today’s and immediate future’s technology.  »

When Apple attempted to trademark the name Macintosh in 1982 the request was denied by McIntosh Laboratory, the hi-tech manufacturer, for copyright infringement. But as Jobs later explained:” We have become very attached to the name Macintosh. Much like one’s child, our product has developed a very definite personality,”. Initially Apple thought of naming the Macintosh MAC (“Mouse-Activated Computer” outsie the company a“Meanigless Acroym Computer internally). However, in late March 1983, Apple managed to license the rights of the name and in 1986 purchased the trademark outright (itis being reported that they paid $100,000 in cash for the Macintosh name).