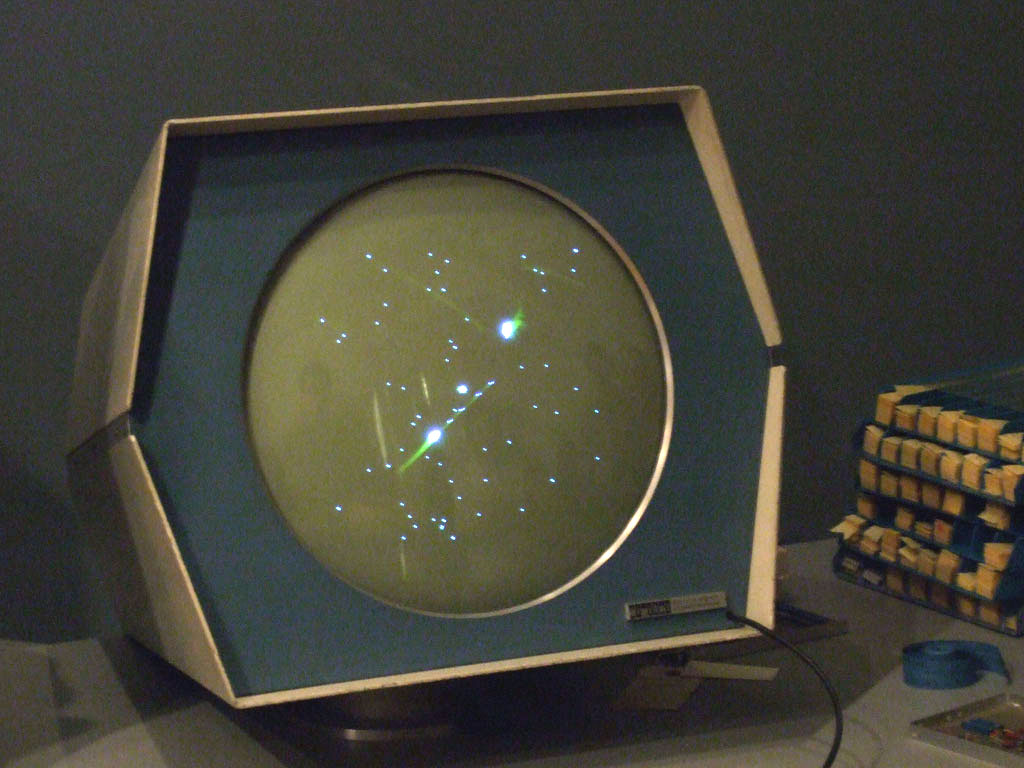 The Massachusetts Institute of Technology Tech Model Railroad Club (better known as MIT) was attended by very special characters.
They were usually not very tall, not athletic, many of them wearing glasses and they were most likely to have a calculator rule in their pockets (we are in the late 1950's, pocket calculators are not there yet).

The club was aimed at those students who wanted to understand how things work, looking inside, disassociating them.

They had even invented their own language to stand out from others, a joke for them or any successful performance was a "hack."

During the nights they wandered around for the empty school, all for them, looking for "things" to be dismantled. It was during one of these visits that Peter Samson, one evening of 1959, opened the door to an IBM 704.
The IBM 704 occupied a whole room, its inputs were perforated cards and its output was the printer.

From that night those students were called "hackers" and no longer "nerds".

These strange students, with their nerd way of life, with their particular language, will contribute to the computer revolution more than Silicon Valley engineers.
They have a utopian vision of the world, they believed in a cooperative society where all information and discoveries had to be shared with everyone, there should not be a central power of knowledge, but everyone should have access to this knowledge.

At the beginning of the 1960s, computers occupied entire premises and needed dedicated cooling systems, as the valves warmed up a lot. In 1961 there were two computers at the MIT, an IBM 709 baptized by the "the hulking giant" TMRC boys and a TX-0 which was one of the first computers to use the transistors but still need a 15 tons of cooling system . The TX-0, among other things, no longer used the perforated cards, but accepted in the input of the perforated paper ribbon and also had a monitor.

In 1962 Digital donated to the MIT its latest born PDP-1, much smaller than the TX-0 and equipped with input and output terminal, it quickly became the favorite of the club.

The "hackers" immediately began to produce their software and, faithful to their philosophy, all source programs were available to everyone.
Programming was an art and writing a good program was therefore a "hack", but correcting it to improve a program was considered a "hack".

Steve Russell then decided to make the final "hack": a video game. Being a lover of comic books and sci-fi books the game could only be: Spacewar!

In practice, the two players would have been able to drive two spaceships into space in a deadly clash using interactive commands. In fact the project went for long and had to intervene with other colleagues to get to the final version. Russell took more than 200 hours to complete his video game.

In the typical TMRC style, many members revisited what Russell wrote, obviously improving it. So came a real stellar map that moved to the background, gravitational fields, and more.

Steve Russell says:
There are several controversies about the birth of the first video game, actually there were already a couple of games before Spacewar !, where interacting somehow modify what was shown on the screen, but these programs were not thought of as games and they were not very beutifl .

Spacewar! Was the first computer video game. Steve Russell did nothing to record the copyright of his work or get some kind of royalty from it. He was a hacker and created this game just to prove that he could do it.